The Brian Hunt Memorial Golf Competition was the first of the fundraisers in honour of Brian Hunt and in aid of the Irish Kidney Association (IKA).

It was a resounding success raising €20,000 for the IKA and the event was surrounded in 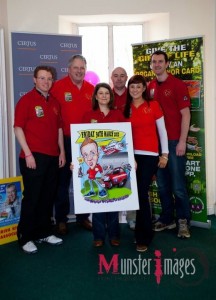 media attention across Ireland and in particular Limerick.

A lot of attention was drawn by the world’s best Irish golfers. Graeme McDowell, as well as sending us a signed picture of him for our auction after the Ryder Cup tweeted us and wished us the best for the event. Darren Clarke sent us a signed picture of when he won the Open in 2011 which was coupled with a press pass for the 18th green and also added to the auction. We were also fortunate enough to have to be given a signed baseball hat from Rory McIlroy (at the time the world’s number 1 golfer)

The Golf Competition was held in Rathbane Golf Club with 164 Golfers. It was a scramble format and it was won by Noel Wilmouth, John P Ryan, Christy Lynch and Martin Lynch. 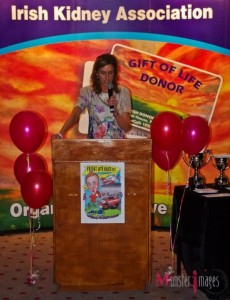 That evening we embarked on Punches Hotel for the prize giving, raffle and auction. Laura Ryan, the Limerick communications Officer 2012 hosted the evening. Music from Gearoid McCarthy and 2fm DJ J.J Hartigan topped the bill and it was an amazing celebration in honour of our dearest friend Brian Hunt.

The Brian Hunt Memorial Committee, Hunt Family and Friends would like to thank all who participated, the sponsors and all who made this a resounding success.